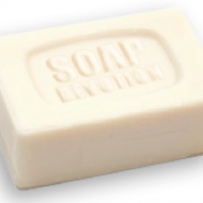 “And behold, a leper came to him and knelt before him, saying, “Lord, if you will, you can make me clean.” And Jesus stretched out his hand and touched him, saying, “I will; be clean.” And immediately his leprosy was cleansed. And Jesus said to him, “See that you say nothing to anyone, but go, show yourself to the priest and offer the gift that Moses commanded, for a proof to them.””

Leprosy was such a feared and contagious disease that no one was allowed contact with someone with leprosy. Religious leaders of the day would have run away or had guards protect them from the approach of someone like this, but not Jesus.

The leper had complete faith in Jesus ability to heal him. He just did not know if Jesus would want to do it. So he said, “…if you will…”. Jesus’ response was simple, “I will; be clean.” Then Jesus told him to have the healing confirmed in the manner that Jewish law commanded rather than first telling everyone else.

Divine healing is a difficult issue at times for believers. Especially for those who have seen or experienced divine healing in the past. Why is this one healed and that one not? The leper asked the better question, “…if you will…”. Here is a biblical fact, God can and does heal. I, nor anyone else but God, can tell you when and whom will experience divine healing. It will be according to His will. He sees the big picture and how everything affects everything else as I only see the situations before me.

Just as important as the healing the leper received, was what he was to do after he was healed. He was not to confess his healing to anyone until he had his healing confirmed by those trained to examine and confirm the disease no longer existed before he did anything else. We should not stop treatment for what is wrong with us without have a doctor confirming we no longer have a problem. To do otherwise is foolish. This is not a lack of faith. The leper believed and received, but Jesus told him to get it confirmed.

Father, help me to always trust your abilities to do what you said and have demonstrated you could do. But help me also to trust your will. Let me also to only confess what has been confirmed rather than confessing what is just a hope.