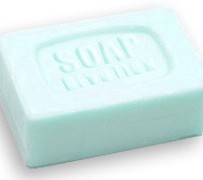 “When he had entered Capernaum, a centurion came forward to him, appealing to him, “Lord, my servant is lying paralyzed at home, suffering terribly.” And he said to him, “I will come and heal him.” But the centurion replied, “Lord, I am not worthy to have you come under my roof, but only say the word, and my servant will be healed. For I too am a man under authority, with soldiers under me. And I say to one, ‘Go,’ and he goes, and to another, ‘Come,’ and he comes, and to my servant, ‘Do this,’ and he does it.” When Jesus heard this, he marveled and said to those who followed him, “Truly, I tell you, with no one in Israel have I found such faith. I tell you, many will come from east and west and recline at table with Abraham, Isaac, and Jacob in the kingdom of heaven, while the sons of the kingdom will be thrown into the outer darkness. In that place there will be weeping and gnashing of teeth.” And to the centurion Jesus said, “Go; let it be done for you as you have believed.” And the servant was healed at that very moment.”

The Romans were the occupying enemies of the Jewish people. Yet here was a mid level commander of those forces coming to Jesus to heal his servant. Jesus was willing to come and heal his servant, but the centurion understood and had faith in Christ’s authority to just speak the words from where he was and it would be done. This was the first time Jesus had seen such faith in His authority and it came from such an unlikely source. Then Jesus explains that many outside the traditional religious circle will make it to heaven with this kind of faith, while others within the religious circle will not. Then Jesus healed his servant just as he had asked.

“Faith” is such a simple word, but it makes all the difference. It also comes in the simplest of ways. We are saved by faith, not by works. But what does that faith do? It believes that Jesus is who He said He was. That he did what He said He would do. He is the son of God who came in the form of a man, died on a cross, for our sins, and was raised from the dead to prepare a place for us in heaven. Faith believes this and everything else He gave us in the Bible. But we must remember that it is not given to us because of our religious standing. It is only by our faith, and anyone, anyone, can have that faith and be saved. We trust in Jesus and His authority.

Father, help me to never forget the authority you have to do what you will. Let me always walk in faith in your promises. Unwavering and unafraid.