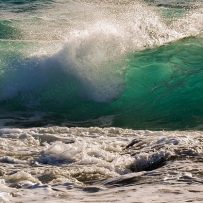 “And when he got into the boat, his disciples followed him. And behold, there arose a great storm on the sea, so that the boat was being swamped by the waves; but he was asleep. And they went and woke him, saying, “Save us, Lord; we are perishing.” And he said to them, “Why are you afraid, O you of little faith?” Then he rose and rebuked the winds and the sea, and there was a great calm. And the men marveled, saying, “What sort of man is this, that even winds and sea obey him?””

One of my friends remarked about this passage that “Jesus took naps.” He they were thinking they were about to die and Jesus s was sleeping. When they woke Him, Jesus appears more concerned with their lack of faith than the storm. They had seen the miracles He had performed, heard him speak with wisdom from God Himself, and yet they could no realize and trust who He really was. He arose and just with His spoken word brought calm to the winds and the seal . They still could not understand who Jesus was, but instead wondered “what sort of man” that He was.

Even when life gets its roughest, we need to remember that Jesus is with us. He can calm any storm or He can get us through any storm. We need to put our faith and trust in Him and remember that He is not worried as we may have become. He is not a man that He should worry, but He is God, the creator of the universe and the ultimate power over any storm that may come up in your life. Trust Him.

Father, help me to rest in the middle of the storms of life. Help me put my trust in you for every detail and not be overcome with worry. Let me sleep when the world would say that I should worry.